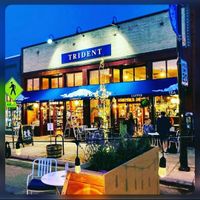 Max Davies music has been described by Guitarist Magazine and Guitar World as: "Vivid", and "Quite something". His work has been lauded by guitarist John Frusciante of the Red Hot Chili Peppers as: "really good ideas". Davies has performed and recorded with Thurston Moore of Sonic Youth, Lydia Lunch, and Gregory Allen Isakov. He has been featured at the Centre Pompidou in Paris, E Town, the American College Dance Festival, Naropa University and The Poetry Project in NYC. His music has been featured in many films including the award winning adventure film Valley Uprising. Additionally Davies has worked with: Junior Burke, the late artist/activist John Trudell, Clark Coolidge, LAPCAT, Toni Oswald and The Diary of Ic Explura, poets Anne Waldman and Eleni Sikelianos and many others. He has opened nationally for Warpaint, Them Hills and The Moore Brothers. Max Davies is a versatile creative force and a captivating performer who’s eclectic output, powerful vocal, guitar and songwriting acumen is always expanding, exciting and real.

Toni Oswald is a writer and musician/ artist who has performed and shown her work across the Unites States and Europe. She has released four albums under the altar ego The Diary of Ic Explura & performed with Max Davies, John Frusciante, Josh Klinghoffer, Anne Wald- man, Thurston Moore, Lydia Lunch, & Johanna Went among many others. Her publications include The Oyez Review, Bombay Gin, Heroes Are Gang Leader’s Gianthology, Zani UK, Shame Radiant, & Tattered Press. She is currently working on a novel about a girl clown set in the 1950s entitled The Gorgeous Funeral, as well as a collection of short stories set in Los Angeles called Dying on the Vine. Her first book Sirens, was released by Gesture Press in 2020. She likes gold teeth, cats, and trees, and lives with her husband Max, and their cats Kiki Pample- mousse Fontaine and Charlie Chaplin in Boulder, Colorado.

Sarah Elizabeth Schantz is a writer living in Colorado with her family. Her first novel, Fig, debuted from McElderry (a division at Simon & Schuster). Available in hardcover or trade paperback, Fig was a NPR Best Book of 2015 and won the 2016 Colorado Book Award. In addition to being faculty for Lighthouse, a creative writing center based in Denver, Colorado (with a satellite space in Louisville) Schantz also teaches Creative Writing & Literature at Front Range Community College (Boulder County Campus) where she was named Master Teacher of all campuses (2016/2017), and she leads/hosts her own seasonally-inspired creative writing workshop series called, (W)rites of Passage.